Despite all these, Ronaldo has come out to say Ferguson set him up for success. END_OF_DOCUMENT_TOKEN_TO_BE_REPLACED Every manager that has arrived after Sir. Alex Ferguson has not been able to have the same kind of impact and prosperity as the Scottishman. David Moyes, Ryan Giggs (Interim Manager), Louis van Gaal and the current manager Jose Mourinho are all of the coaches that have arrived but have struggled to fill in the boots that were left by the Scottish tactician. END_OF_DOCUMENT_TOKEN_TO_BE_REPLACED

“We have so many players for these positions and it’s good for me but it’s bad for them. Football players want to play matches and I cannot give to everyone at the same time, so it hurts me,” said Mourinho. END_OF_DOCUMENT_TOKEN_TO_BE_REPLACED 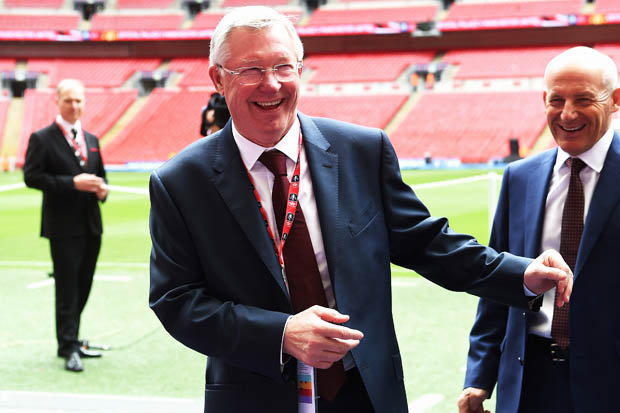 “I knew him before and he is a really nice person. He did what was expected of him at Manchester United and that automatically was at our detriment which we actually tried to resist most of the time, and that was his ability to defeat us then,” Klopp said. “When he has to say something positive about Liverpool, it is better than if he would say something negative so it is all good. But it does not mean a lot. It does not disturb us or help us.” END_OF_DOCUMENT_TOKEN_TO_BE_REPLACED

Mike Phelan is set to host his former club Manchester United when they meet in the third round of games in the Premier League.

Phelan used to be the right hand man of Sir Alex Ferguson – United’s former coach. Phelan is currently the caretaker manager of the newly promoted side, Hull City.

City has just 13 players, yet the talented coach in Phelan has guided the squad to four victories. The meagre squad figure is astonishing considering the rigour of the Premier League. The management is working with the manager to add at least six more player before the transfer deadline in a few days.

Steve Bruce was the former manager of the club, bringing them from the Championship to top flight English football, yet he decided to walk away after an altercation with the management. Phelan has always reminded who ever cared to listen that he was not a manager yet.

“I am not a manager at the moment. I guess my career has gone in a roundabout way. But the challenge is great and we have worked really hard here,” Phelan said. So far, Hull has shown decent results, shocking title holders Leicester City in the curtain raiser and showing their dominance when they faced Swansea. Since getting promotion in May during the playoffs, the club hasn’t made any additions. END_OF_DOCUMENT_TOKEN_TO_BE_REPLACED

Ferguson had left Aberdeen long back and Wyness revealed that the club had changed since then. The club had an era before, but today the standards have slipped for the club. For instance, when the club celebrated their centenary most of the present members found it hard to believe that the club had the potential to beat clubs like Real Madrid. Nostalgia is all the club has to offer now. END_OF_DOCUMENT_TOKEN_TO_BE_REPLACED

Former Manchester United manager has revealed that the biggest mistake he made in his management career has been to announce his retirement in 2001.

He said that this statement has negatively impacted the club and that their results in this season suffer a lot because of this. Ultimately he changed his mind and stayed for another 11 years at Old Trafford while winning a heap of trophies along the way.

He said that the fact that he announced that he was going to retire caused his players to lose their focus. In 2001, he made the announcement at the start of the season, and he felt that his players did not want to give their best thinking that the manager will be going after the season. He added that under the pressure of his wife and his children, he changed his mind in January, but it was too late to motivate the players.

He said that even the recruitment suffers in that season because players did not want to sign for a manager that was going to stay for only one season. However, things changed when they sign Rooney and Ronaldo at the start of the next season. He had to get the team back in the mood so as to be able to mount a title challenge. END_OF_DOCUMENT_TOKEN_TO_BE_REPLACED

The soccer betting fans of both teams mostly picked both teams to score in the crucial English Premier League match. Tottenham have scored 83 goals this season in all competitions. Fifty seven of those goals were scored in the EPL with 22 of the goals coming from main striker, Harry Kane.

The 22-year old has scored 25 goals for the Spurs this season. Aside his 22 EPL goals, he has two in the Europa League, before their defeat, and a goal in the FA Cup. The young centre forward is one of the key reasons The Spurs are sitting in second place in the league with an opportunity to leave the league if Leicester city slips.

Soccer betting fans expect the English striker who made his debut for England after rising through the ranks, on May 27th last year. He played for the Under-17, Under-19, Under-20 and Under-21 before eventually joining the first team of the national squad. He has scored four goals for The Three Lions so far.

Tottenham place second on the table and hope to close in on the gap with league leaders, Leicester City, in the match against Manchester United. Tottenham will be hoping The Foxes slip in their match this Sunday. END_OF_DOCUMENT_TOKEN_TO_BE_REPLACED

Unfortunately for Wes Brown, he will not be an influential player for Sunderland in the 2015-16 season of the Premier League as the manager Dick Advocaat made it very clear that he does not have any big plans for the 35 year old defender who used to perform for Manchester United for over 10 years before eventually deciding to make a move to Sunderland.

Wes Brown hasn’t even been able to make into the substitute list of Dick Advocaat from the past Premier League matches of Sunderland and this is a sign for whats to come for the veteran defender who is reaching the twilight stages of his career and is spending his senior years by not even being able to make it into the pitch and get consistent playing time.

When Sunderland’s Dick Advocaat was asked about Wes Brown, the Dutch manager replied by saying: “Wes has a different role this season. We’re only going to use him if we really need him. But he’s fit, yes.” END_OF_DOCUMENT_TOKEN_TO_BE_REPLACED

These signings of up to be the work of current manager Louis van Gaal. Ferguson has stated that he completely does not miss football, since he gets to stay in touch with the latest happenings as a Manchester United fan from the stands. The transfer period is also the time of the year when a manager gets incredibly busy, but Ferguson says that he no longer wants to be involved in it. Much of Van Gaal’s signings last season did not work out in the way that the Dutchman expected and he will be hoping for a much better return from the likes of Depay. END_OF_DOCUMENT_TOKEN_TO_BE_REPLACED