Liverpool boss Jurgen Klopp has been rewarded for a spectacular season with the Manager of the Year award from the LMA (League Manager’s Association). Klopp was presented with the LMA manager award at a ceremony organised by the body earlier this week. The German was presented the award by both Sir Alex Ferguson and England manager Gareth Southgate. 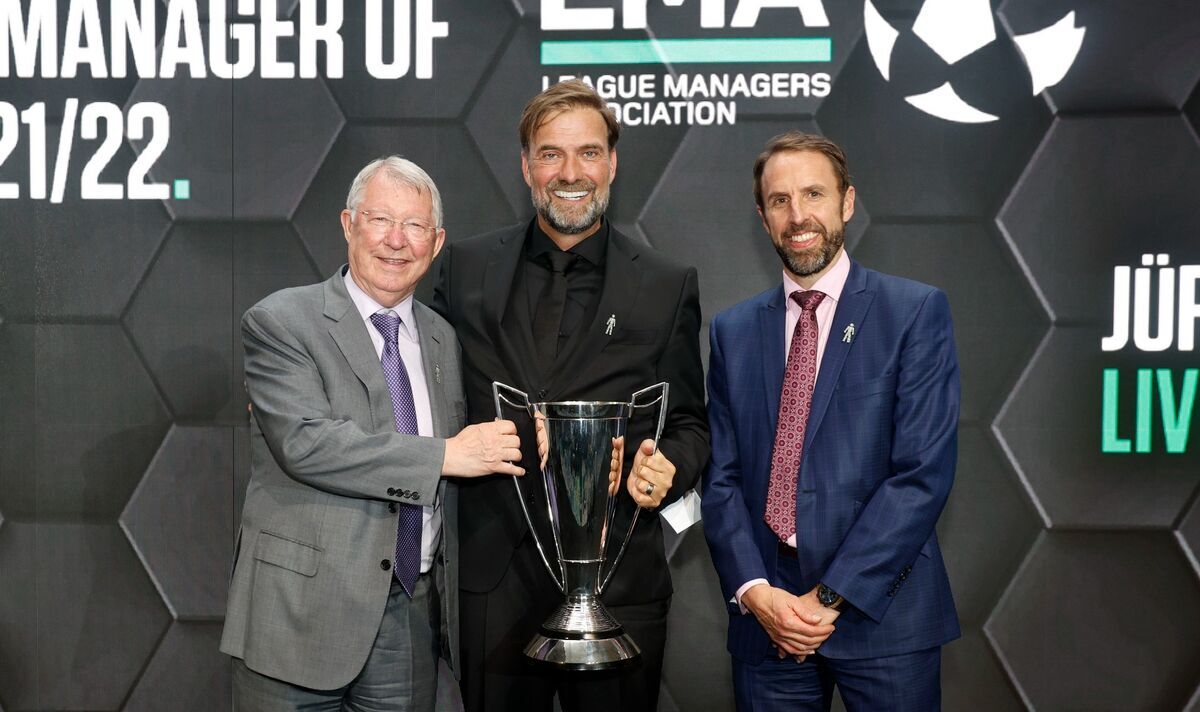 Legendary Manchester United manager Sir Alex Ferguson while speaking at the LMA event said it has been tough seeing arch rivals Liverpool do well, but it’s a well deserved one for Klopp who has previously managed Mainz 05 and Borussia Dortmund.

Klopp has had a very good season at Liverpool winning both the Carabao Cup title and the FA Cup title. He won’t be able to match the record of Sir Alex Ferguson at Manchester United in 1999 after they lost the Premier League title to Manchester City on Sunday. Sir Alex Ferguson won an unprecedented treble in English football during the 1998/99 season.

Liverpool had a quadruple dream when they took to the field for the Wolves game at home on the final day of the season as far as Premier League football is concerned, while Manchester Citywere also at home to Aston Villa. Liverpool trailed City by a point, but they were in the know that a Manchester City win over Villa will deliver a second straight Premier League title for them and end their bid to win the quadruple (four major trophies). Aston Villa led 2-0 into the final fifteen minutes of theirgame with Manchester City and it looked like Liverpool will win the league title if they find the winner at home to Wolves. In the end, City found form to score three goals in five minutes and win the Premier League title again via a 3-2 win over Villa while Liverpool saw their quadruple dream crash. Liverpool can still win one more trophy with the Champions League final clash with Real Madrid on Saturday.